When shopping for an actual Porsche 911, the decision to go Turbo or Targa is likely made early in the process. With a new Lego set, though, you don't need to decide right away, and you can always change your mind after you're finished.
Based on the late '70s and early '80s 911s, the new Porsche 911 set is actually the eighth 911 model Lego has produced for sale. There have been Speed Champion and Technic

versions, but this is the first one to be made at this scale and with this level of detail. That means it has a working steering wheel, and the doors, trunk, and hood all open up to reveal a rear-mounted flat-six boxer engine and the gorgeous tan interior with tilting front seats, a gear shifter and a hand brake. 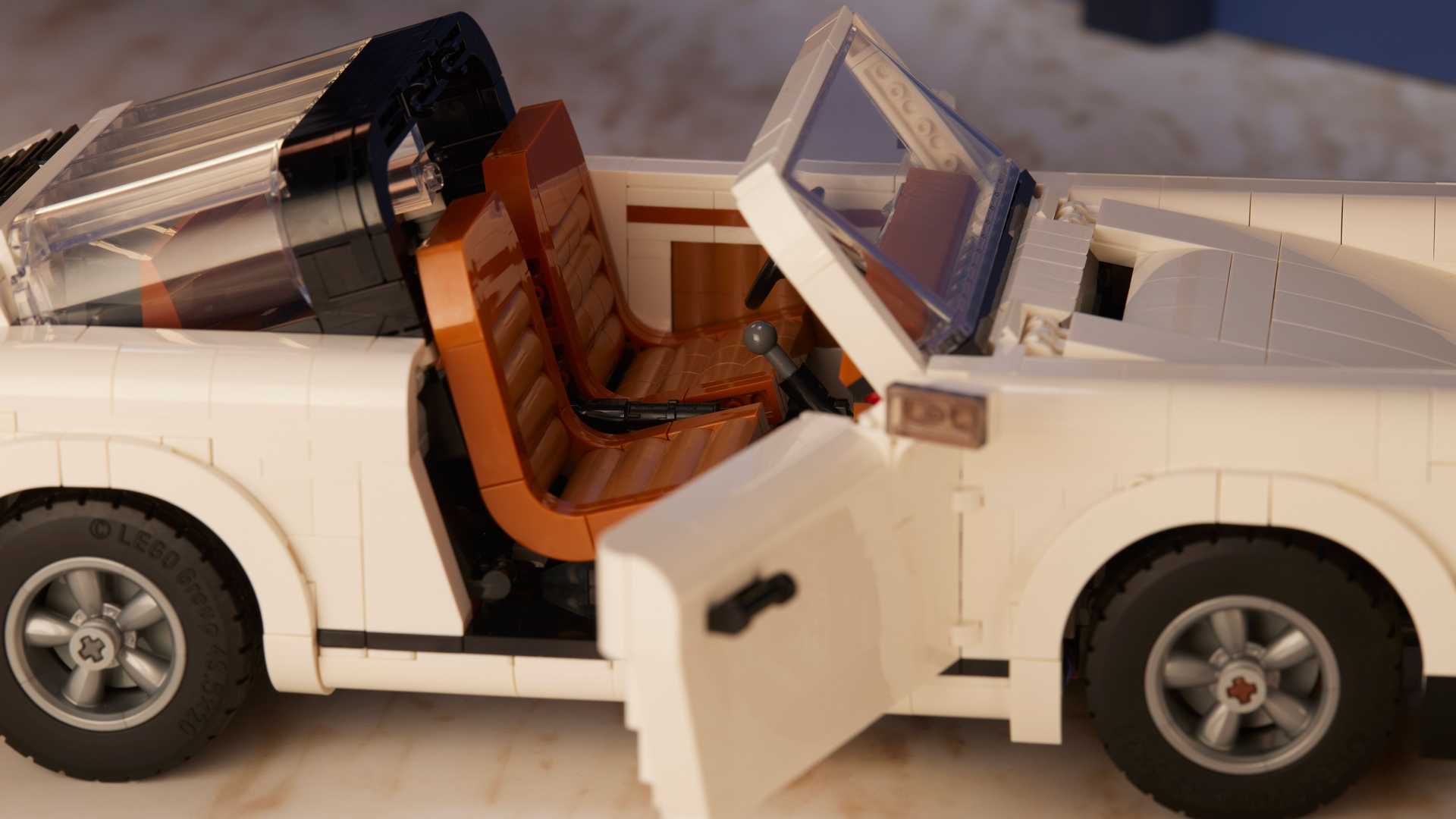 While the base of the build is the same no matter which option you choose, at some point in the process you do have to decide between the fixed-roof Turbo with the classic spoiler or the open-top Targa. The differences include not just the obvious exterior changes, but also two

sets of rims (black for the Turbo, and sliver for the Targa) as well as Turbo badging, a wider rear axle and a little Lego turbocharger and intercooler on the Turbo version. When you make the Targa, there's a brick-built rear window and you can store the removable roof under the hood. 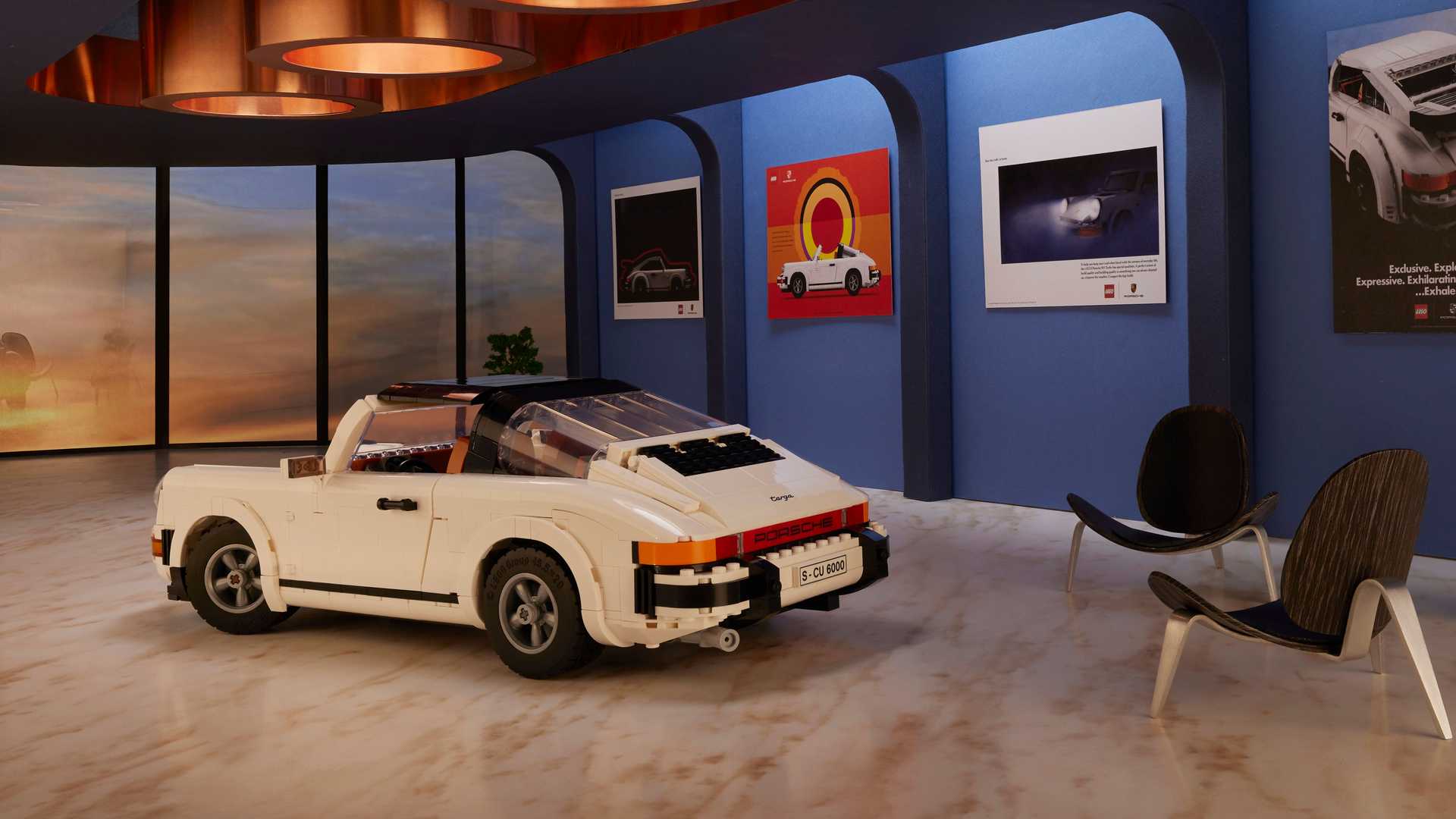 The new 911 set started as a side passion project for Lego designer Mike Psiaki, and he said in the promotional video shown above that Lego created a few new pieces were created for this model, including a new "triple bow" and a 5x5 quarter-circle that were both needed to get the 911's iconic shape as accurate as possible in brick form.

With eyes on the global market, Lego is including license plates tiles for three countries: U.S. (P51AK3), Germany (S-CU 6000) and Japan (Gunma 93 10-295). Psiaki gave away that there are Easter eggs in these plates, and the U.S. one is kind of easy. For the Japanese plate, the Kanji on the tile mean Gunma Prefecture, but they could also be read as a group of horses. 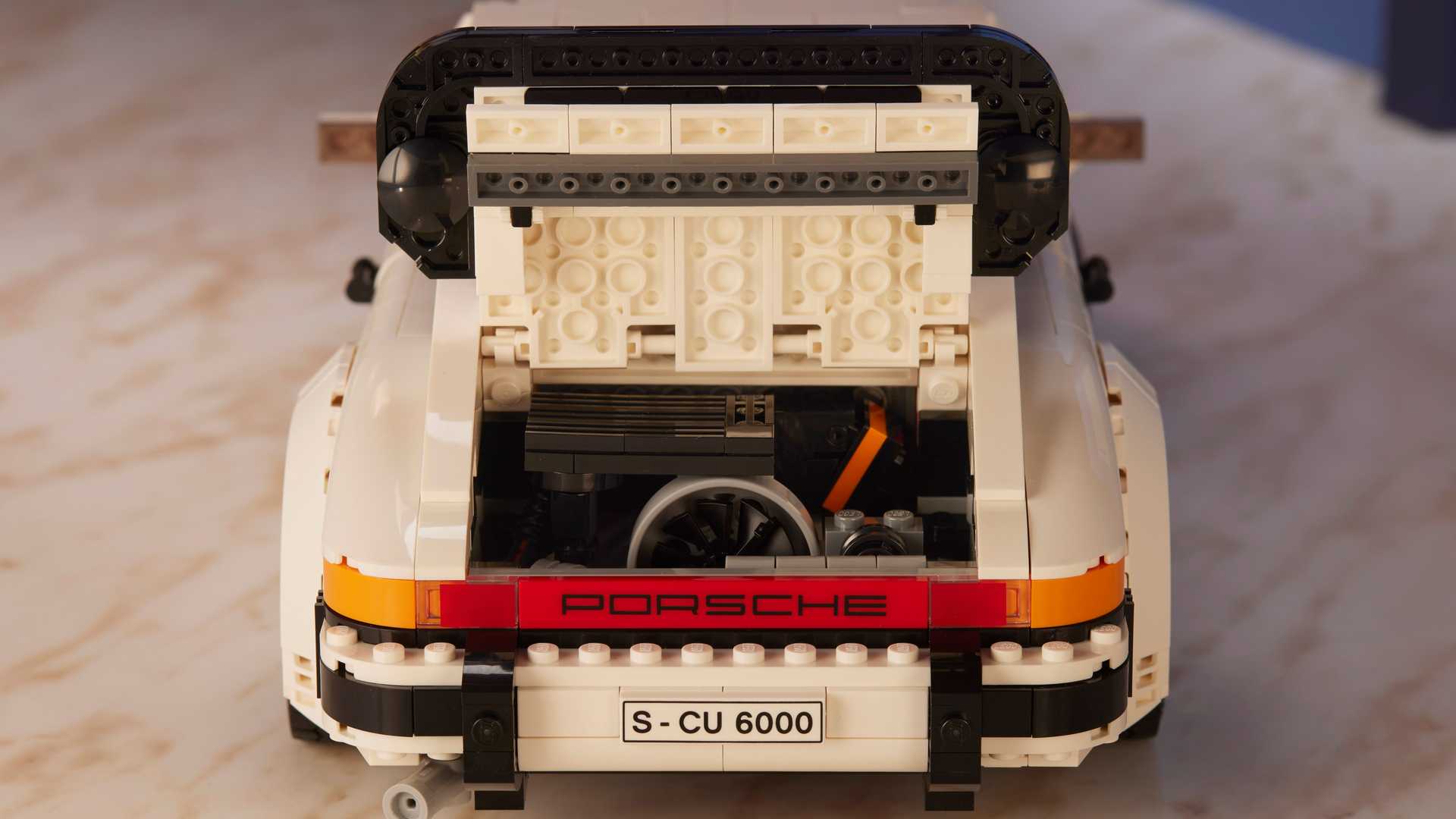 All of the printed elements in this set are actually printed on the brick, so there's no need to apply any stickers or worry about taking them off if you want to rebuild the kit into the Targa/Turbo version you didn't build the first time around. It also means getting some cool printed Lego tiles with the Porsche logo on them, to add to your collection.

The $149.99 set comes with 1458 pieces and will be available March 1. The finished model measures 4.25 inches high, 6.3 inches wide, and 14.0 inches long. The on-sale date is February 16 for members of the Lego VIP program, which is free to join. If you get in early enough as a VIP, Lego will throw in a "limited-edition Lego Porsche owners pack" with your purchase. This pack includes "a certificate of ownership, an official Lego Porsche card wallet and a set of four unique art prints based on contemporary Porsche 911 adverts, all presented in a smart collector's wallet." 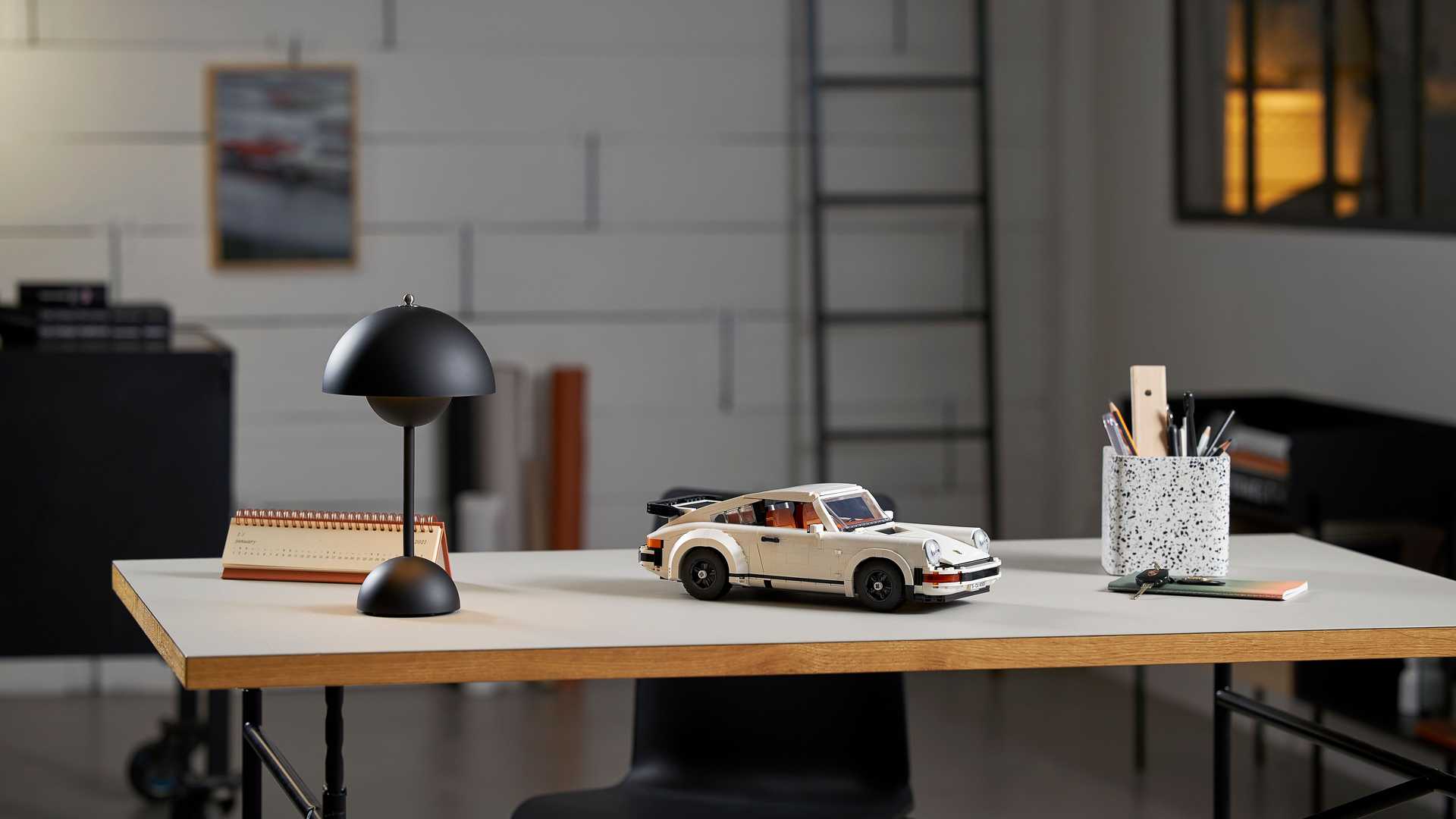