This Ad print communicates the Porsche in the convertible version and also highlights the speed of the car, a characteristic always recognized by the car manufacturer, in fact the text mentions: "You also tan with the other convertibles, but not so quickly".

The speed factor is accentuated by the slightly blurred photographic shot that creates dynamism within the scene. 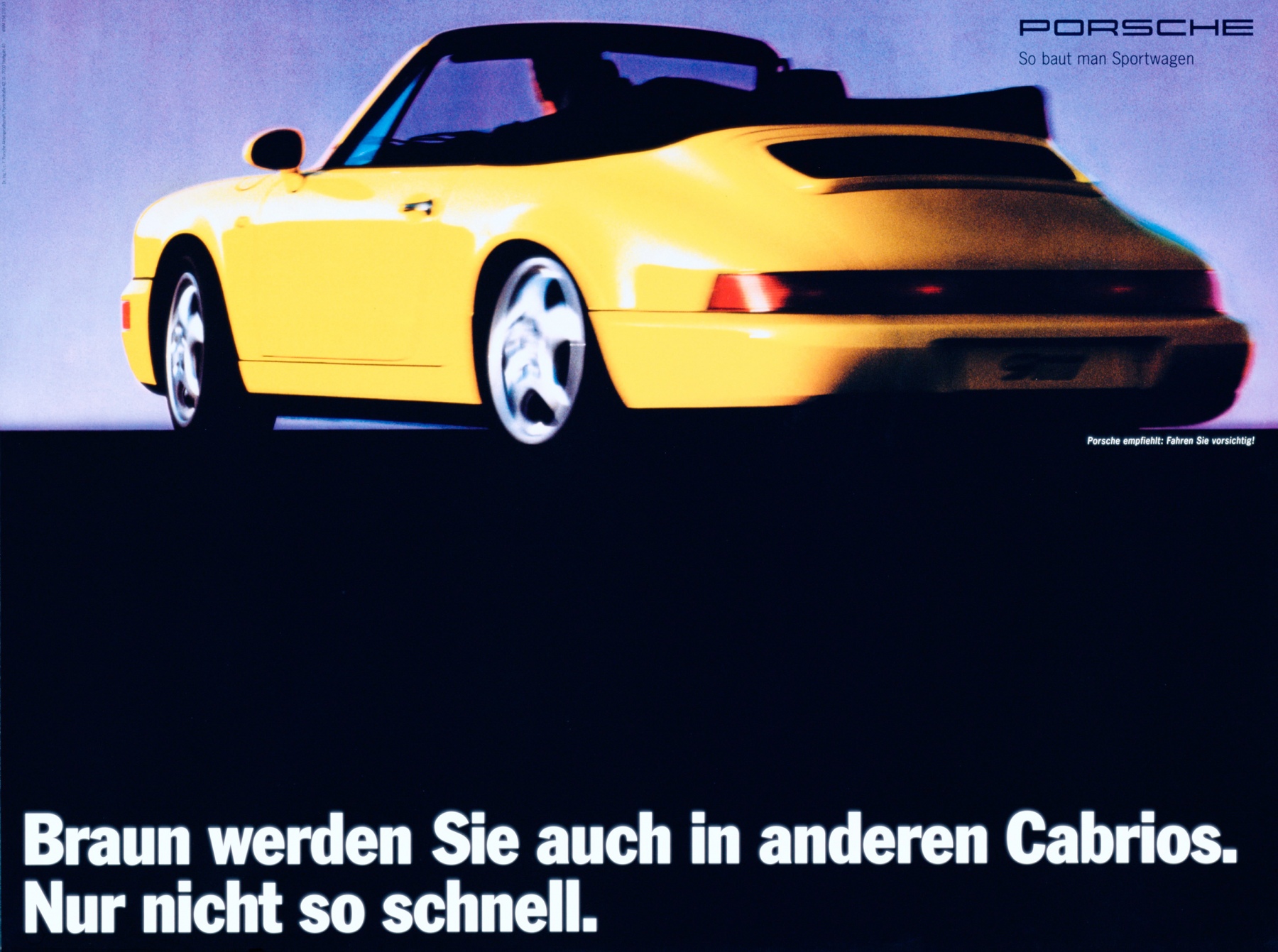 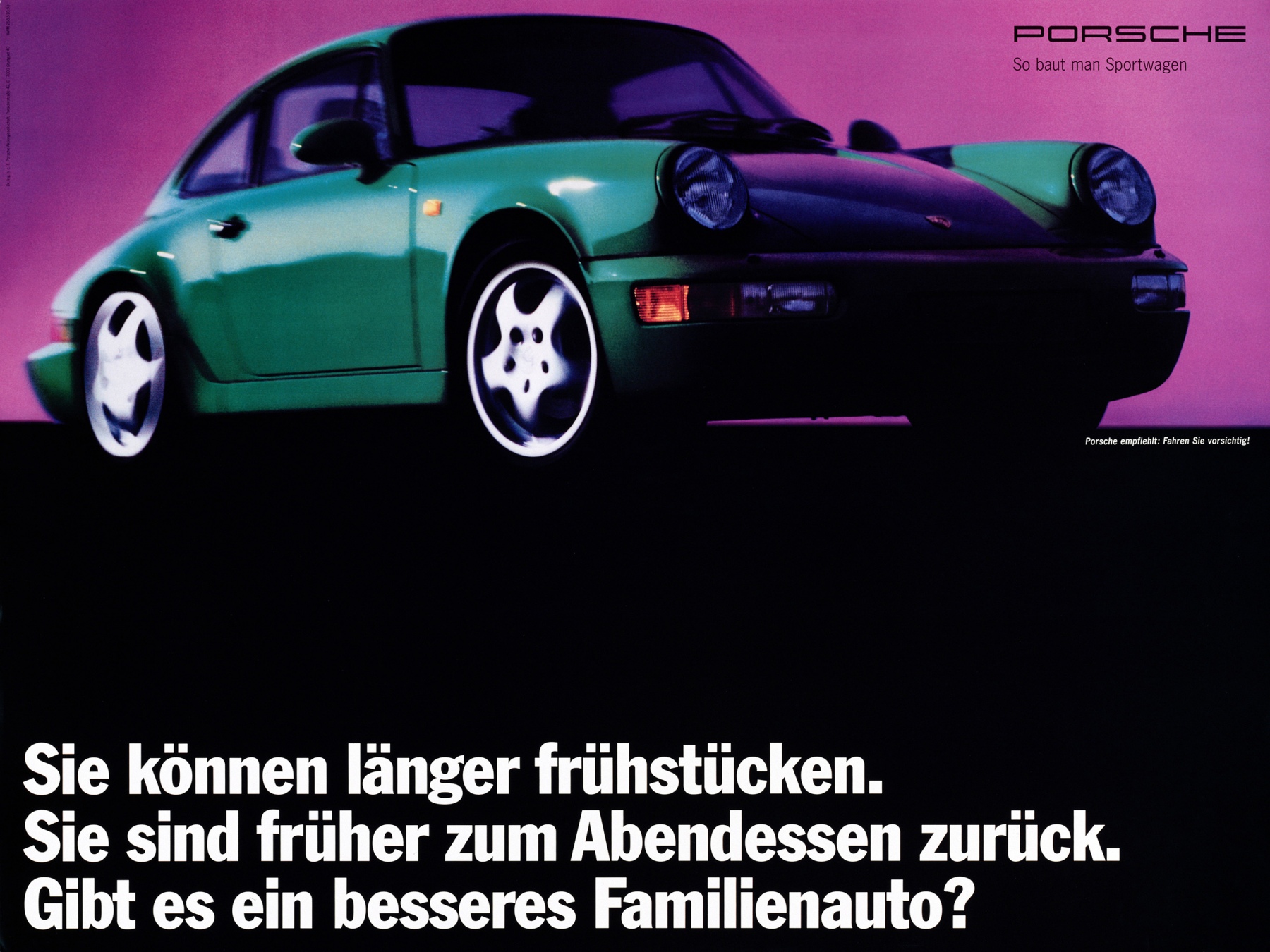 Print Ad that leverages performance related to car speed: with a Porsche you can have breakfast with peace of mind, you will come back early for dinner anyway and you will have no problems at home.

The superior and inferior value of advertising is in evident contrast. In this series very acid colors are used as opposed to the textual lower part in black and white

This campaign, also enhanced by the visual graphics, focuses on the figure of the car. For more than 100 years, people have managed to gain independence with cars, but the Porsche in question makes you addictive for its beauty and qualities.

With this advertisement, Porsche wants to celebrate the brand's thirtieth anniversary by reiterating its superiority over the competition 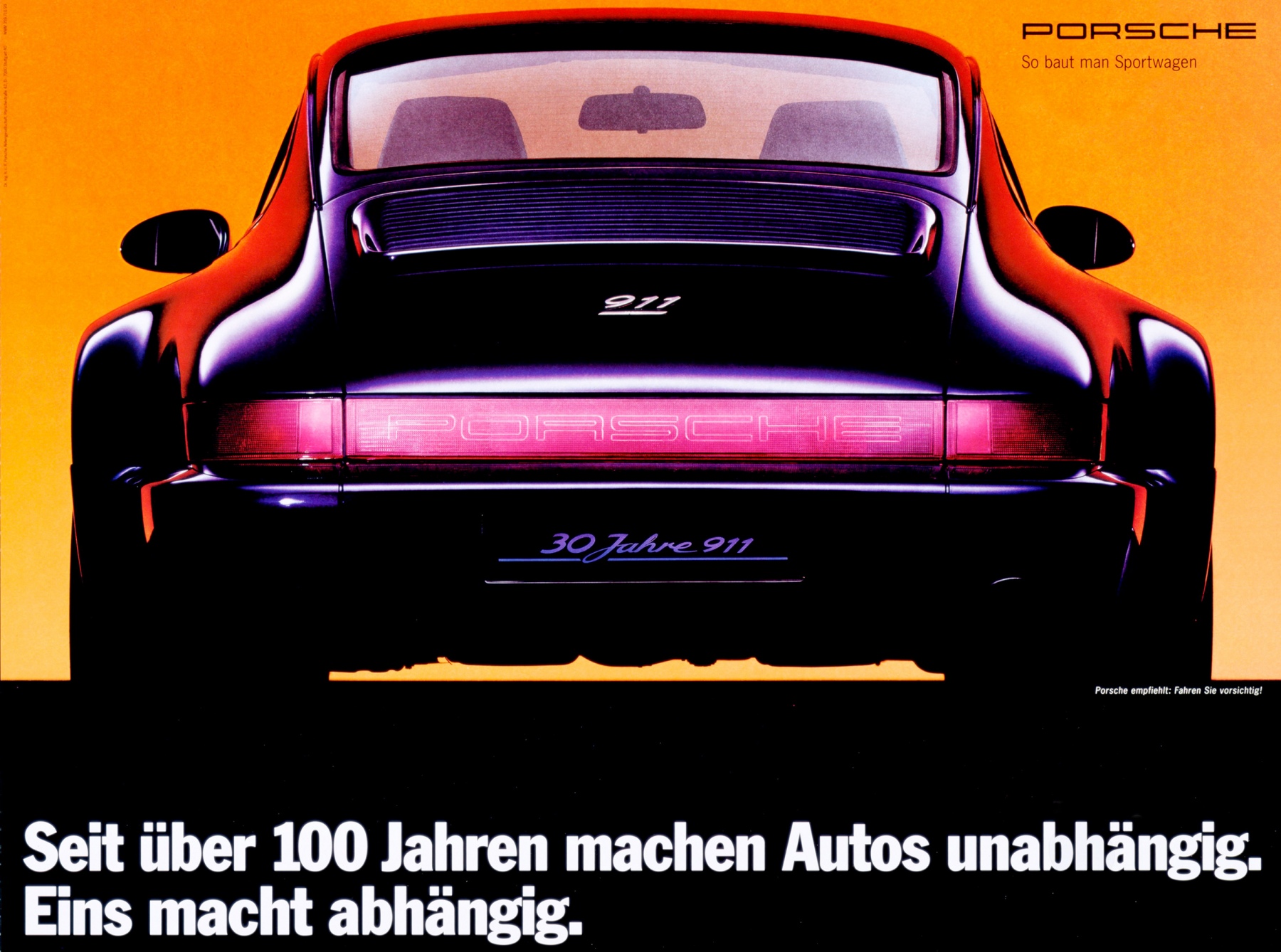 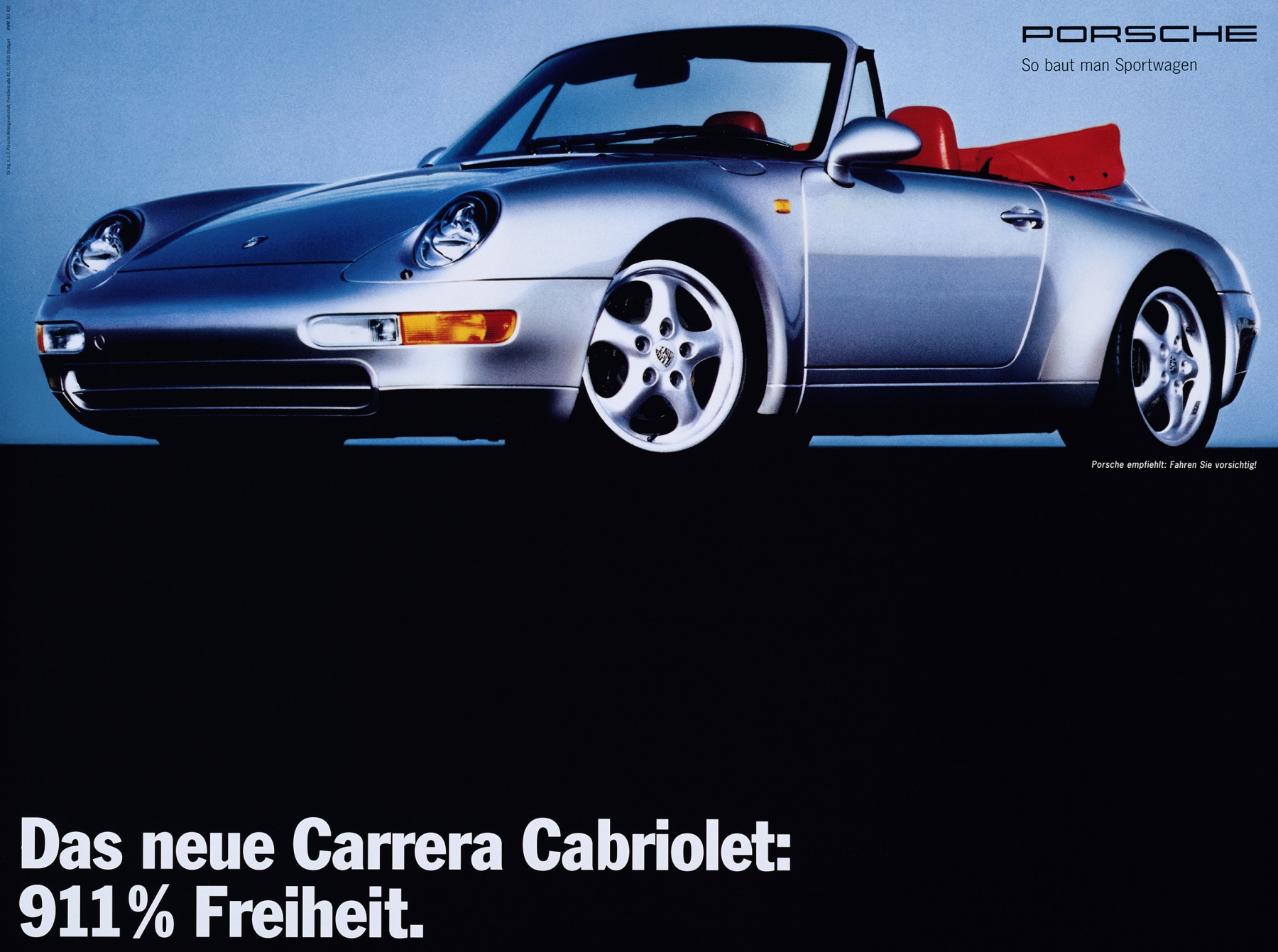 Usually we speak in percentages from 1 to 100%. In this case the creatives have found a great way to communicate the feeling of freedom that you can have thanks to the new Porsche Carrera 911 Cabrio. 911% freedom.

The red interior and the leather are the element that stands out the most in the advertisement. The color of the car is deliberately inconspicuous to highlight the interior and the hood of this convertible model.

The visual in line with the others of this period, uses in the copy a German idiom to talk about luxury cars, the photographic shot is specially moved to create dynamism and increase the speed concept of the visual.
‍
The acid red background is created with a chromatic alteration that creates this particular effect, giving greater expressiveness to the photograph. 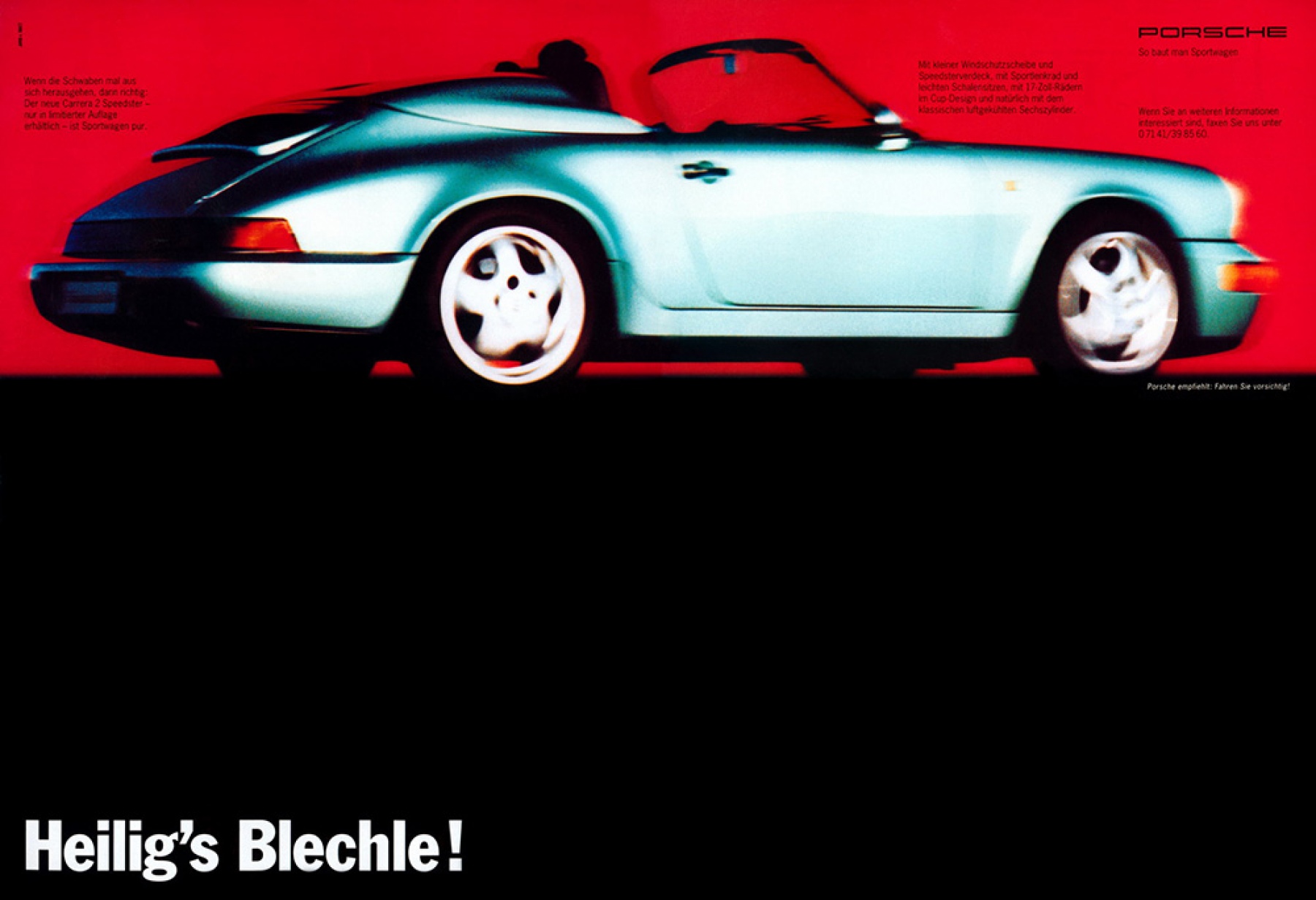 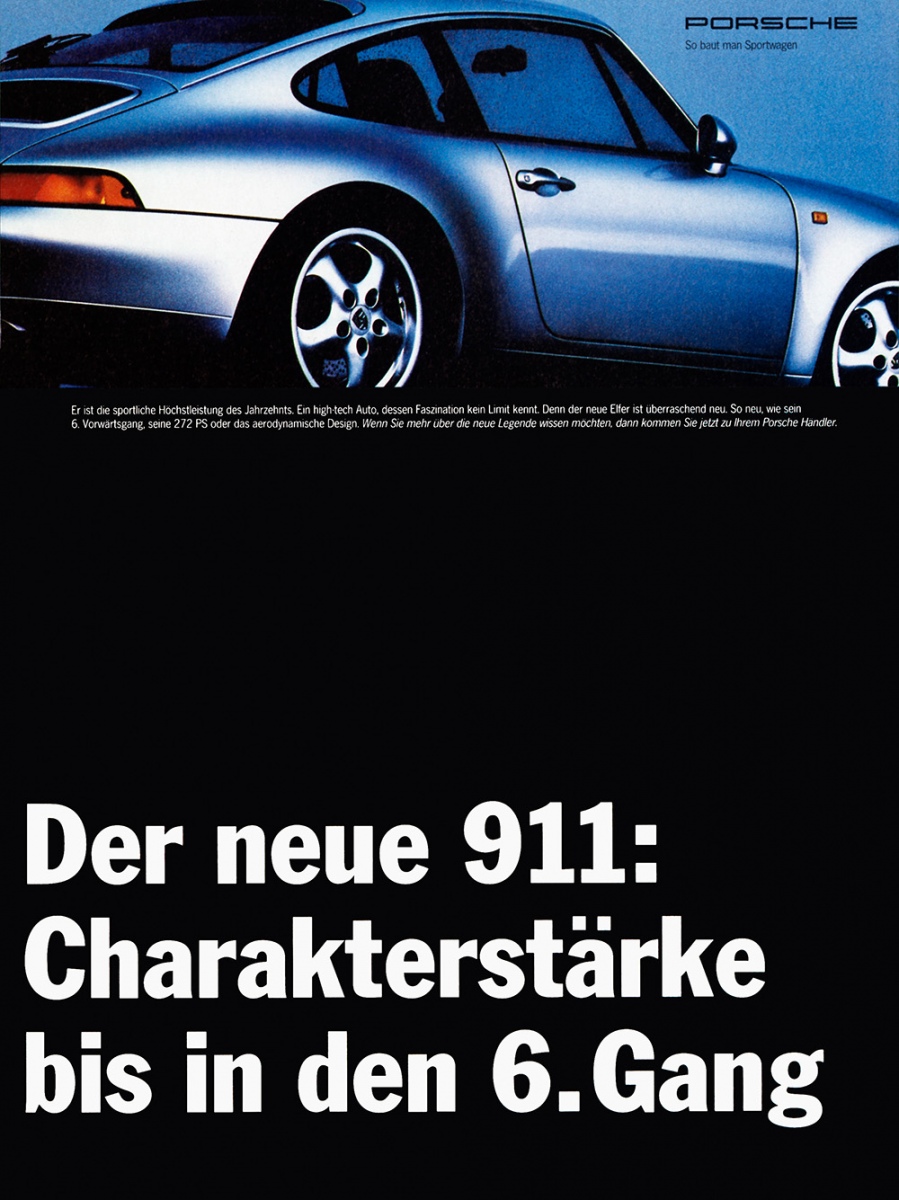 This print Ad communicates the additional sixth gear to the new 911 in an original way, citing "the strength of character up to sixth gear". The visual is symple and clear.

The typographic elements are in bold to give greater emphasis to the message by further characterizing.