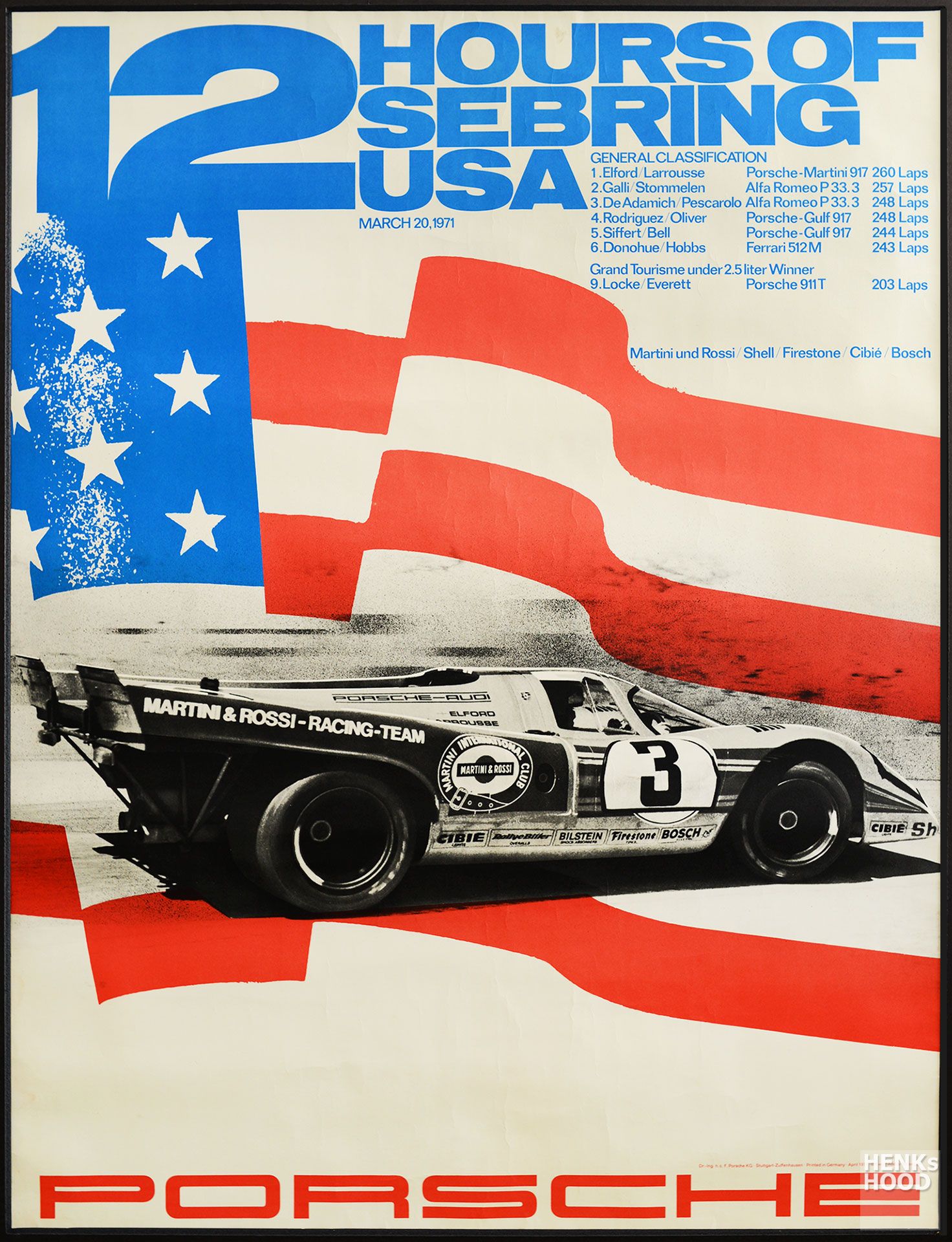 This poster contains the general classification of March 1971 in the United States in which we can see the Porsche reaching the title in first place and covering 4 other positions.

The main colors used for this race campaign are blue and red, colors of the USA flag, where the race took place.

Another Poster with an abstract graphic style and strong colors that sees a ranking of a race on 24 September 72, whose first place is covered by the Porsche 917/10 turbo.

The main colors used for this race campaign are orange and red, colors of the German flag, where the race took place and where Porsche won. 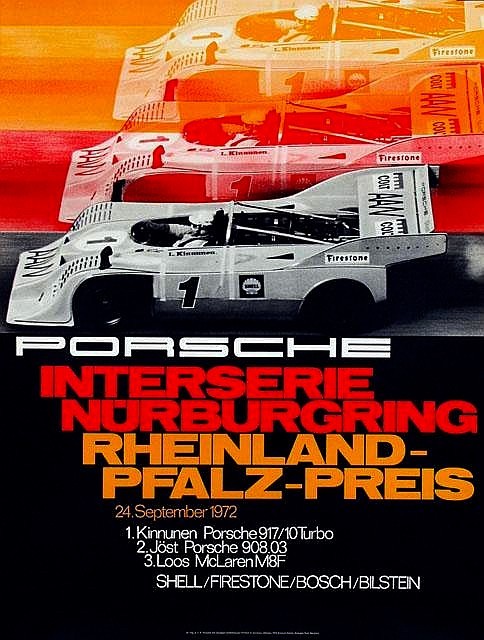 1000 km of race in which the Porsche model gulf917 wins at an average speed of 240 km/h.
The visual is composed of a big size type that describes the race and the general classify.

The photograph above the headline shows the back of a racing car burning tires. 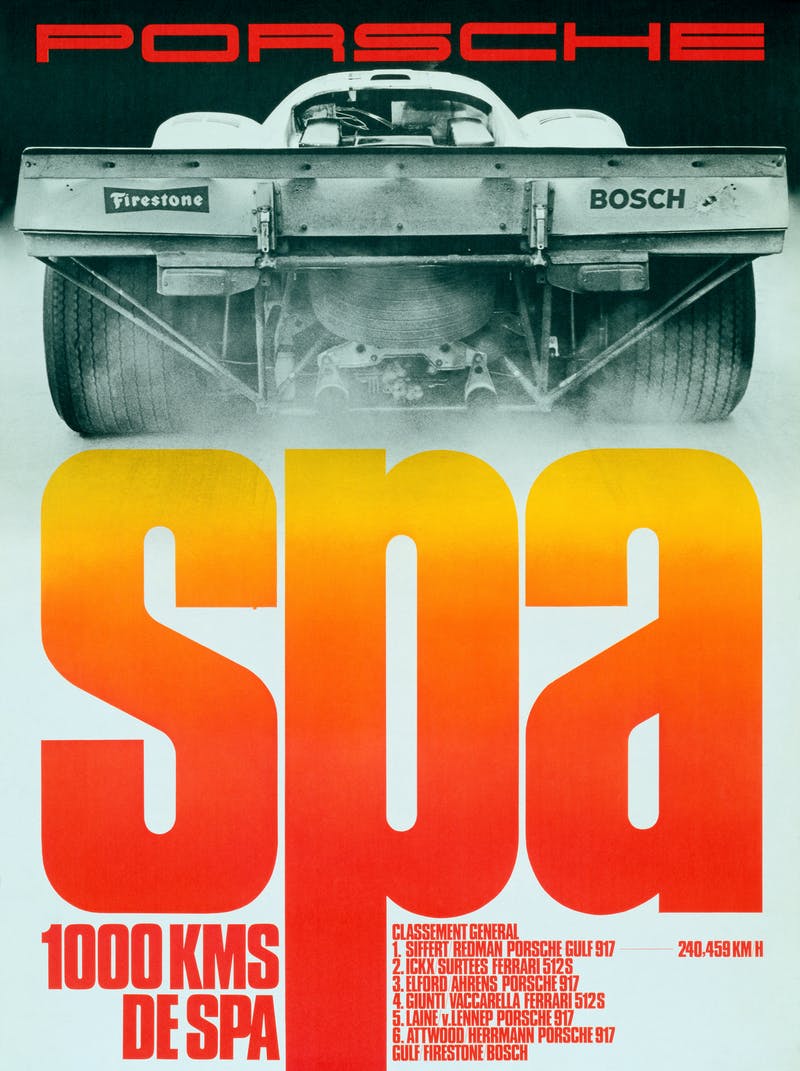 In this simple but effective print, we find a visual consisting of a photograph in which a Porsche is portrayed from the bottom upwards to give even more the idea of ​​the vehicle's power, accentuated by the headline that reads: "Exclusive. Explosive. Expensive. " 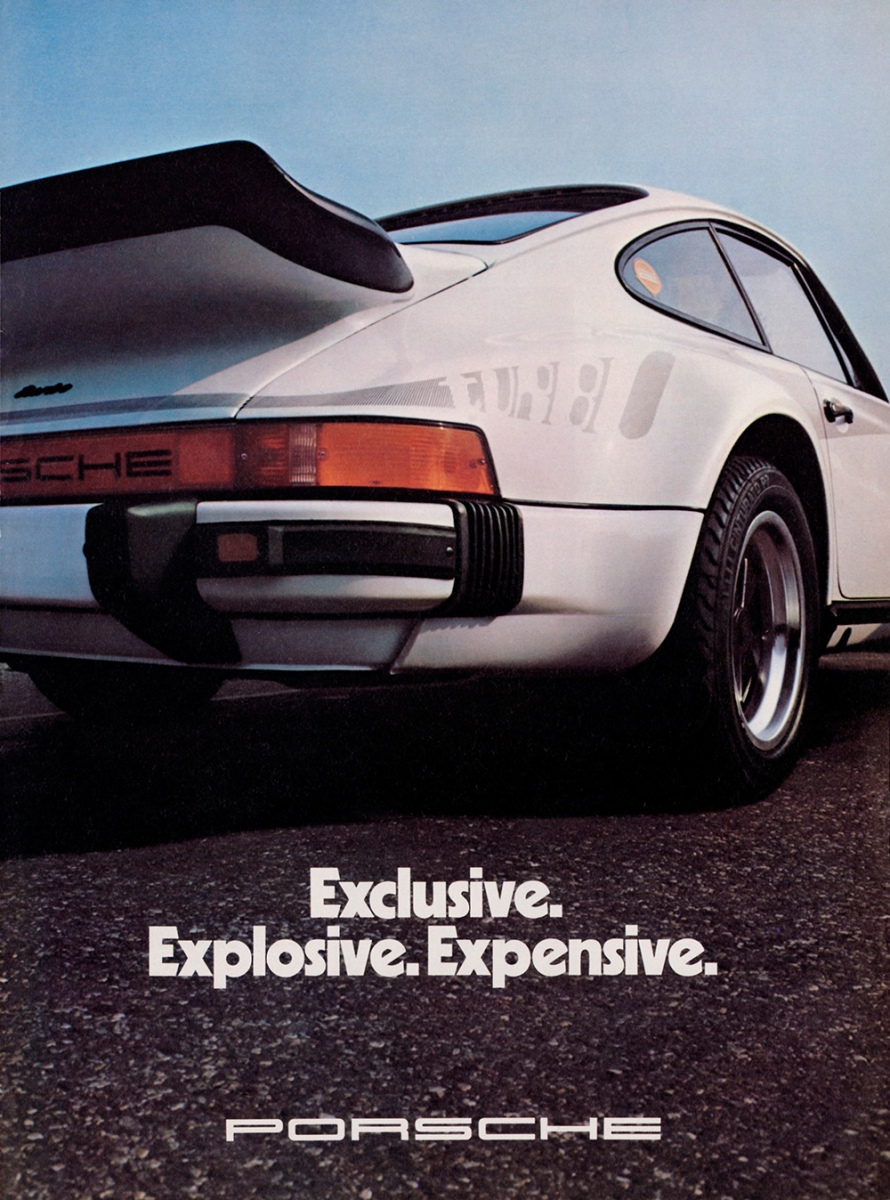 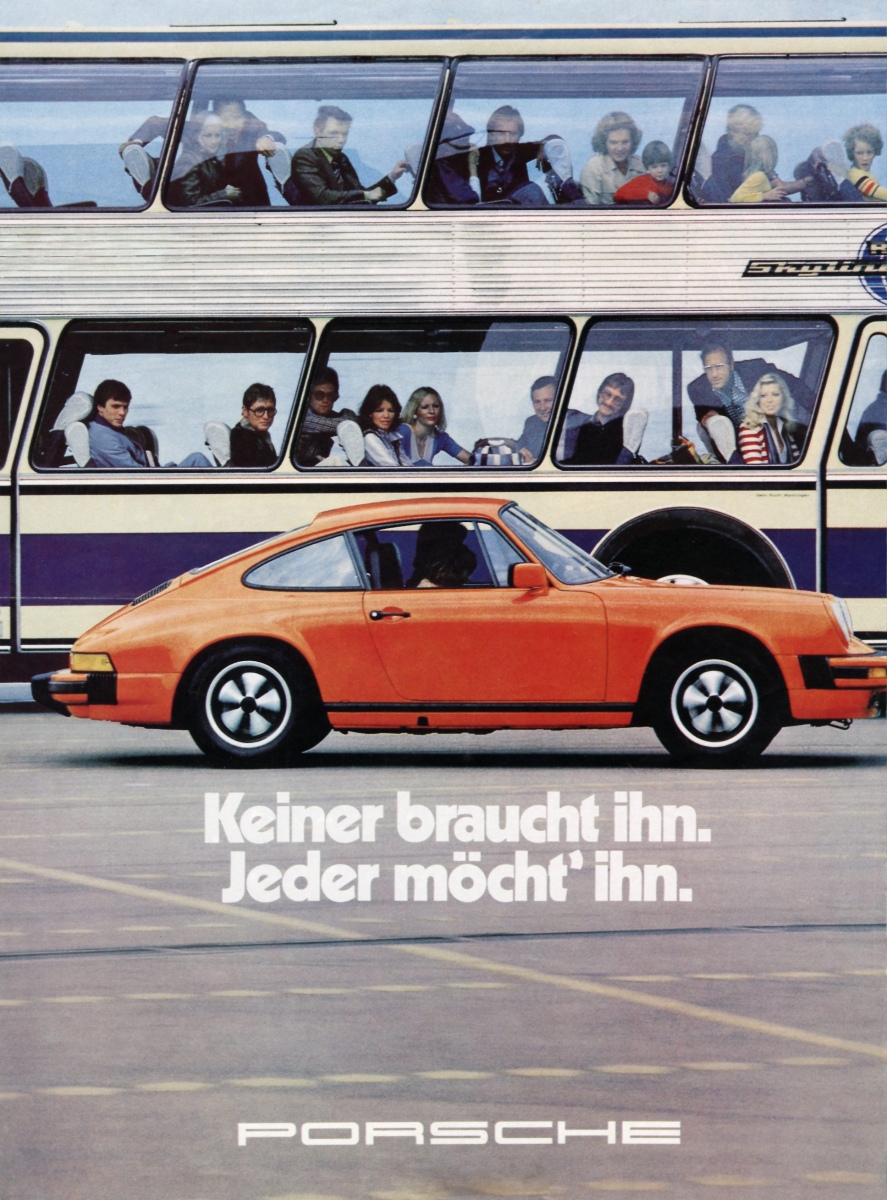 In this print ad we find an ironic tone of the message: “nobody needs him. Everyone wants it ”accompanied by the explanatory visual. The core of the message was to communicate that not everyone thinks they need a Porsche, but then they look at it and dream about it. 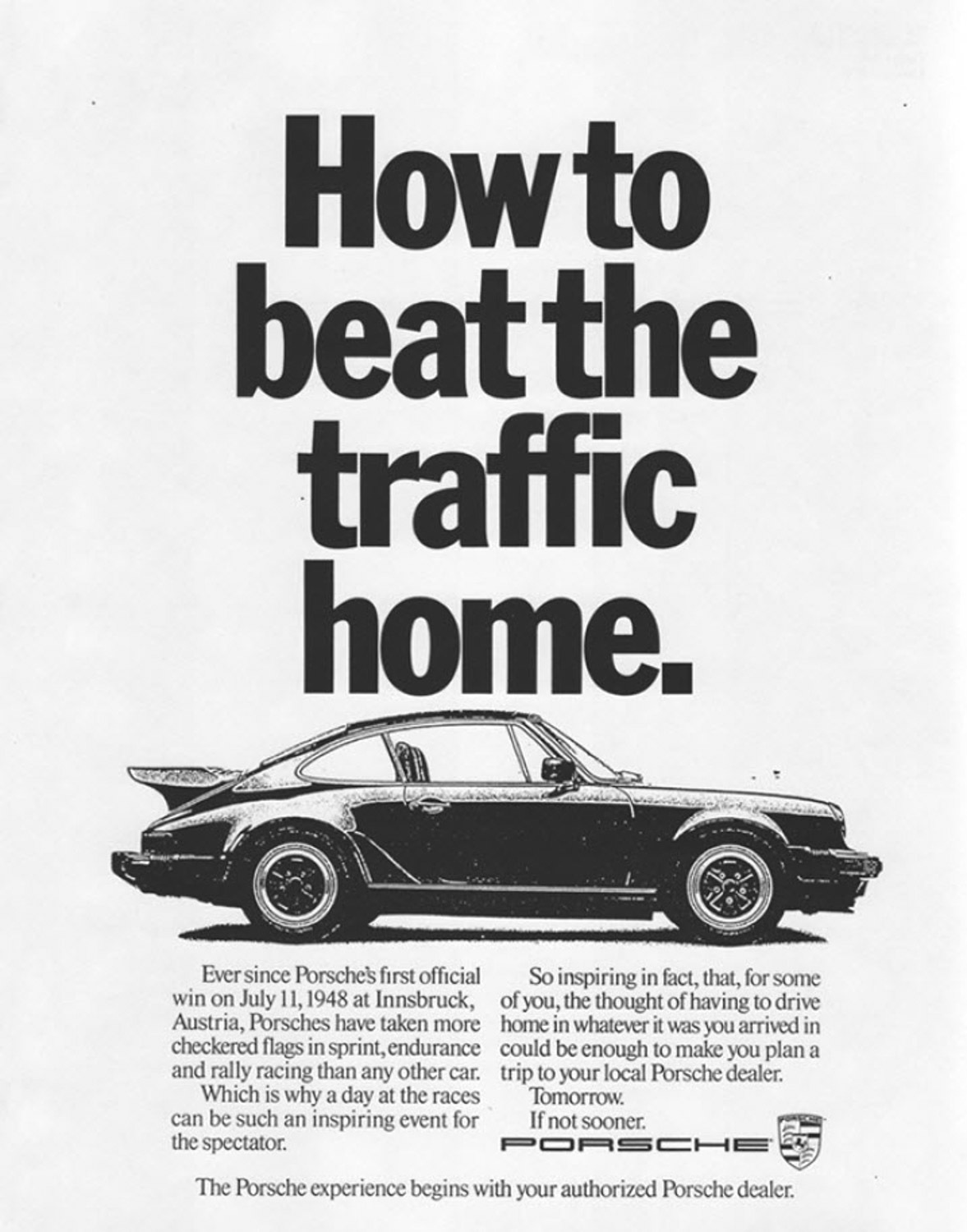 This campaign wants to communicate in an ironic and direct way that driving a Porsche, thanks to its potential related to speed and sprint greater than the competition, is able to take you home as quickly as possible by beating the traffic. The body copy highlights precisely these characteristics of Porsche cars. 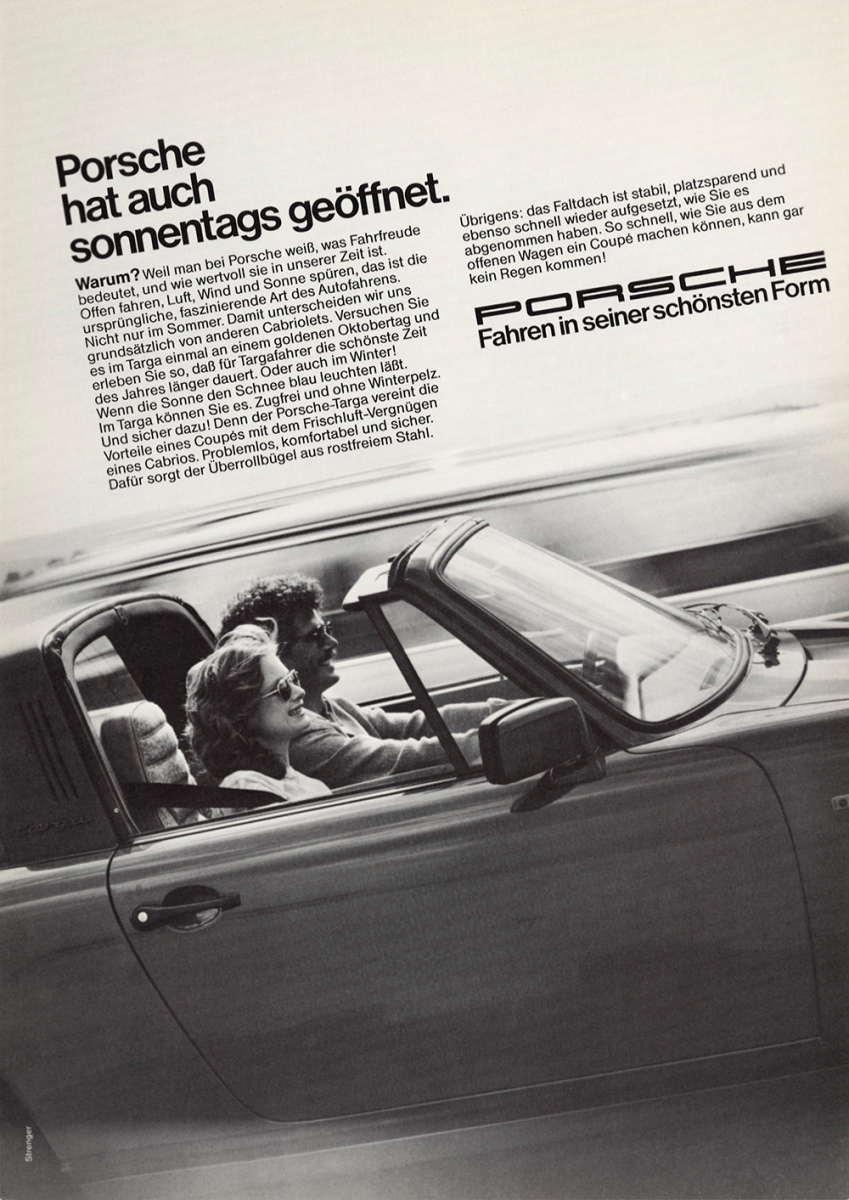 This print Ad promotes the Porsche targa in all its beauty and usability. In fact, you can enjoy the car both in summer with the sun in your face, but also in winter on the snow, thanks to the possibilities that a convertible car offers.

The panning effect on the photograph is used to create more dynamism.

This print pays homage to a driver Klaus Ludwig, the champion of German races on Porsche, in a brightly colored poster and graphics in full 1970s Porsche style. The subject of the visual is the number 79 that is the year of this print with the classic style of Erick Strenger.
‍
Warm colors characterize this visual and the typo elements. 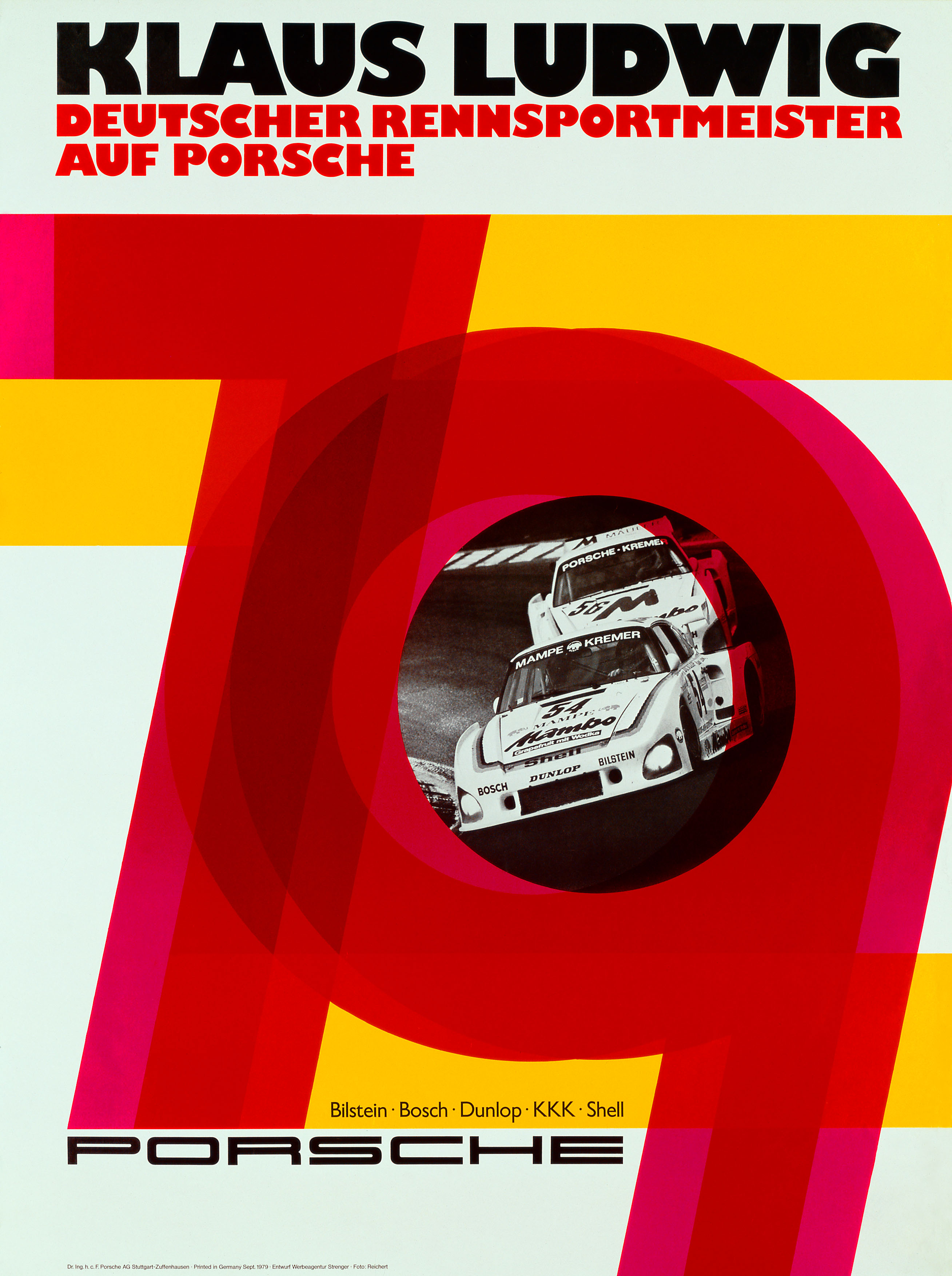