One of the first Porsche print ads sponsoring the GT world championship. 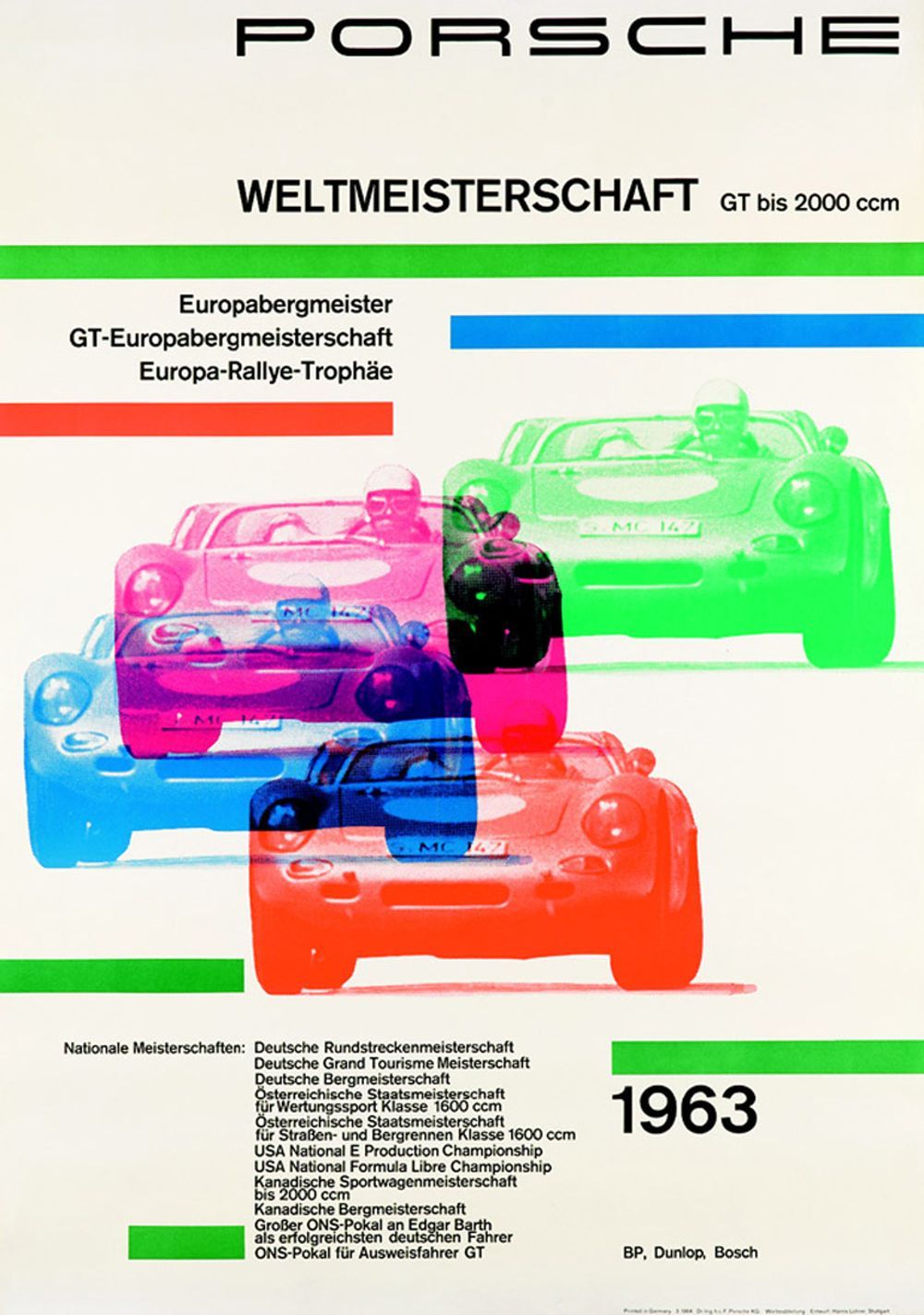 In this case we have another version of the previous print to sponsor the GT championship, but which sees a helmet, the one worn by the drivers to be the protagonist of the visual.

The main color of the print ad is green and yellow, respective cold and warm that make contrast. 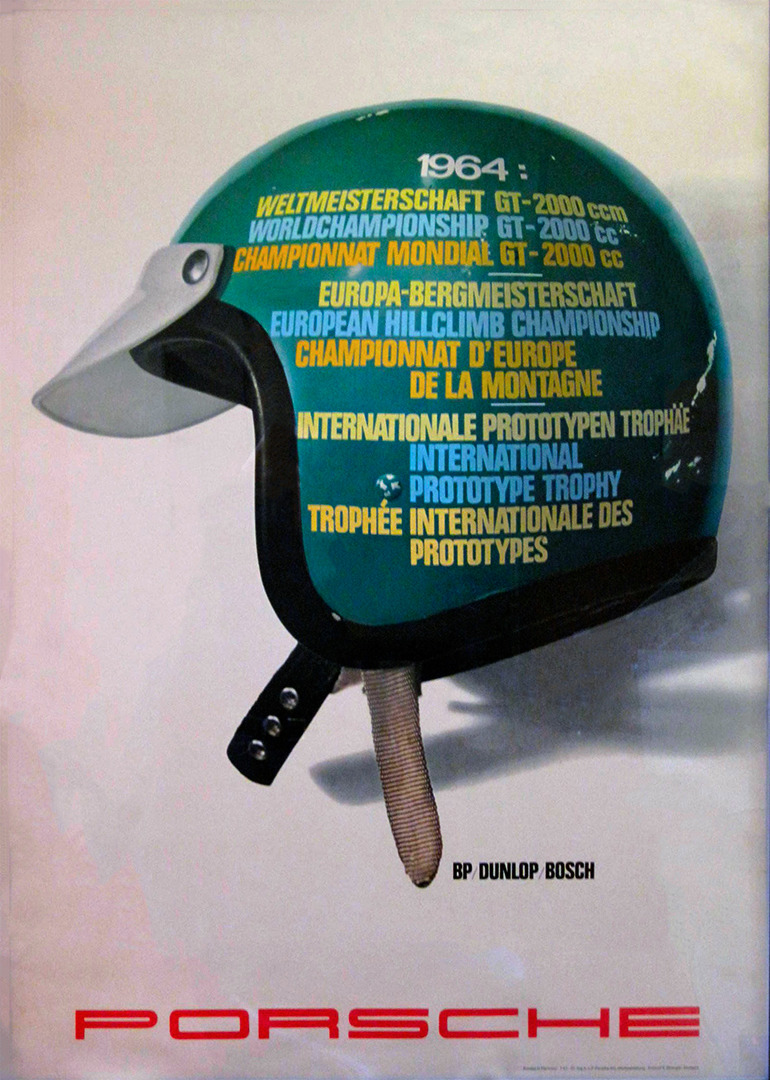 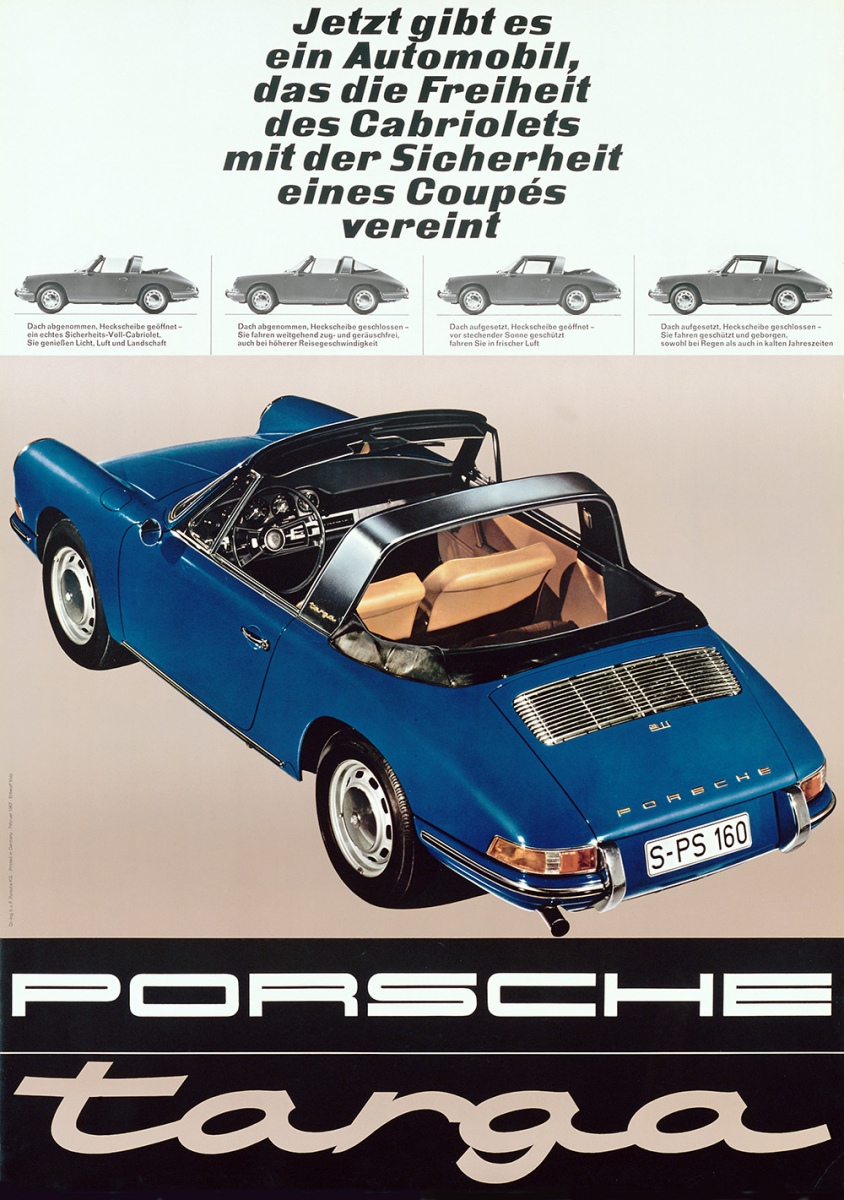 The Porsche Targa is sponsored through this print Ad that shows all the ways in which the car can be carried, from the fully open to the closed and elegant style.

The bold style accentuates the message that this advertisement wants to leave: impact on the new Porsche Target that doesn't know all the different ways to use the Targa

This print Ad, with a tone of voice typical of that period immediately after the explosion of the American Mad Man, alludes to the fact that whoever owns a Porsche will always be able to stand out for the style and the indistinguishable classic elegance of the German brand in question: "You may also get lost, but not in a crowd".
‍
The monochrome best represents the message of this advertisement. 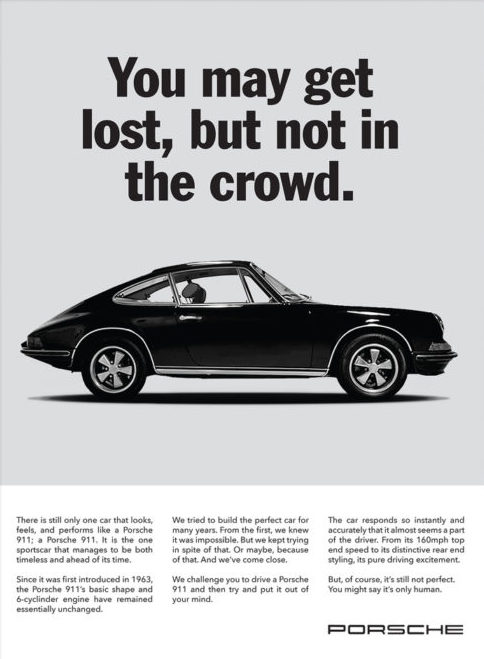 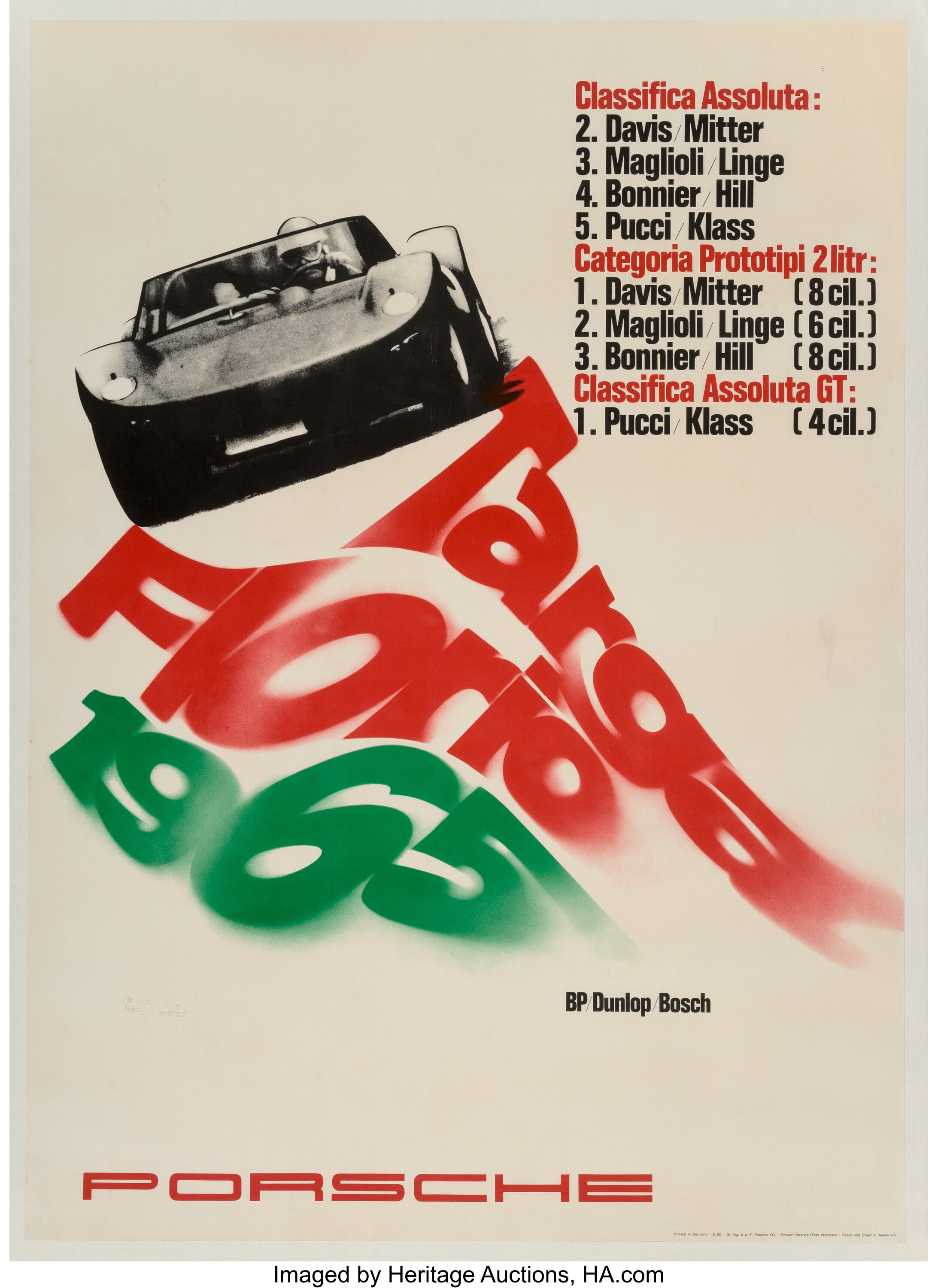 Print Ad that reports the result of a race. The visual on a white background expresses dynamism through the text that creates the wake of the machine above.

Only three colors were used for this advertisement: red, green and black, the first two opposite because one is hot and the other cold. The photography is shoot in black and white. 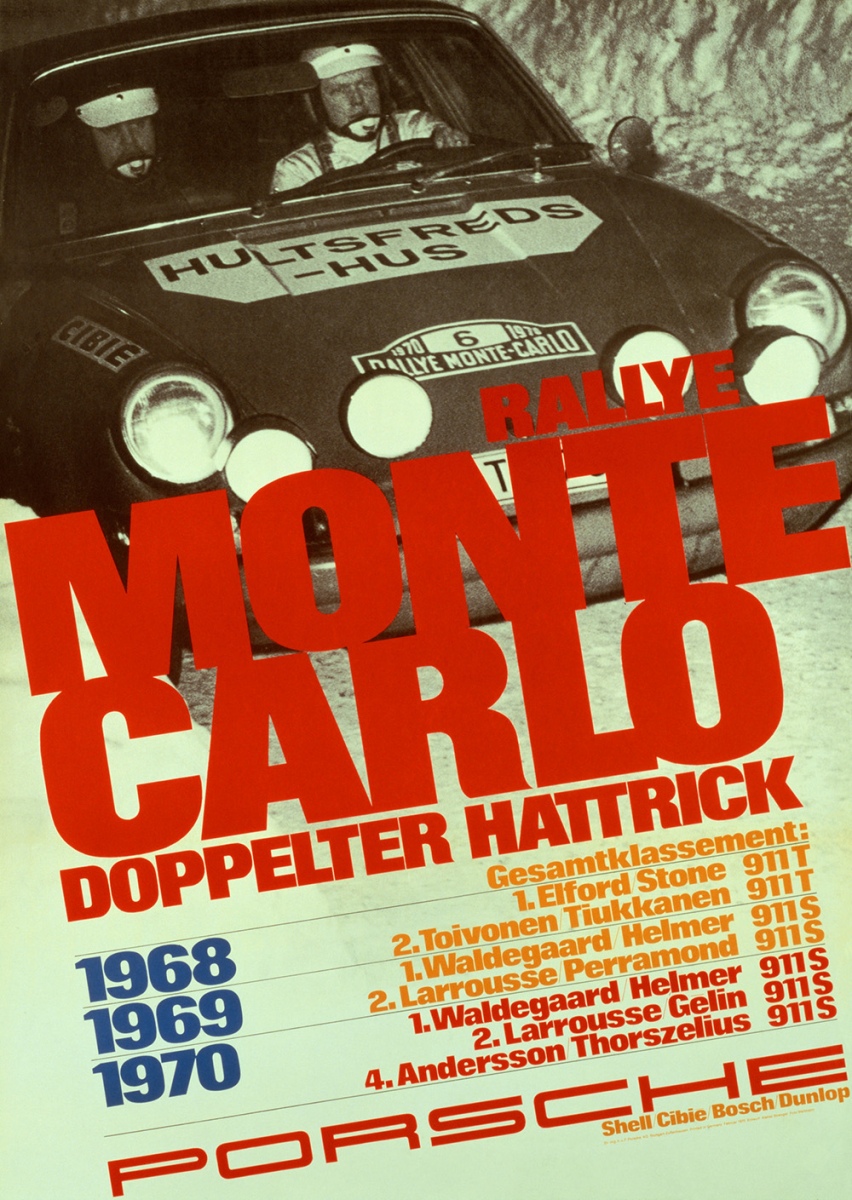 Press campaign sponsoring the rally held in Monte Carlo, a double hat-trick mentioned in the copy analyzes the victories of the last few years in which we see a ranking dominating Porsche. 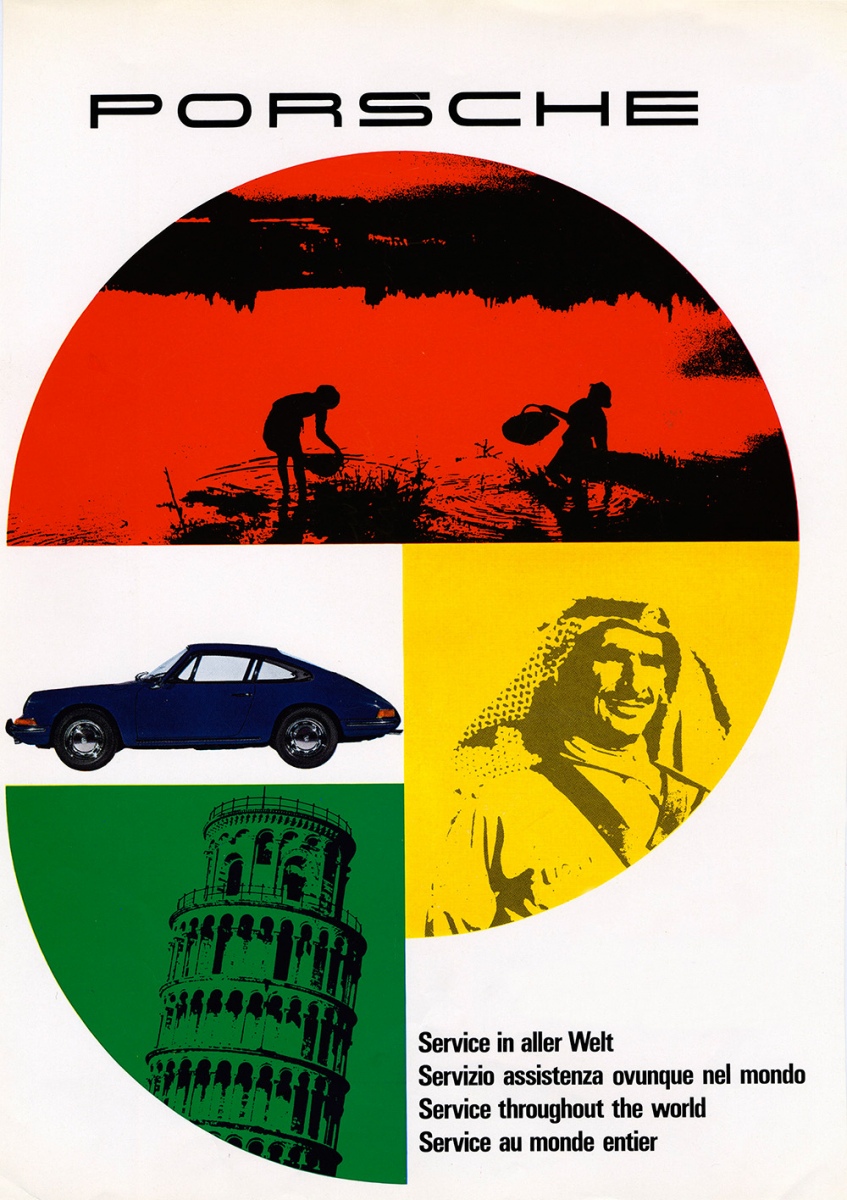 A brightly colored print and graphic effects communicate that you can always be safe with Porsche thanks to all the car service centers around the world.

The structure of the subject is a circle broken down into four parts that abstractly depicts the world. one of these four sections is moved down to make room for the Porsche.

Poster of a race in Sweden. The visual shows through the colors of the flag to see the victory of the championship in the text and a black and white background photo.

The yellow and blue icon in the center of the poster astutely represents Porsche's three consecutive victories. Well done. 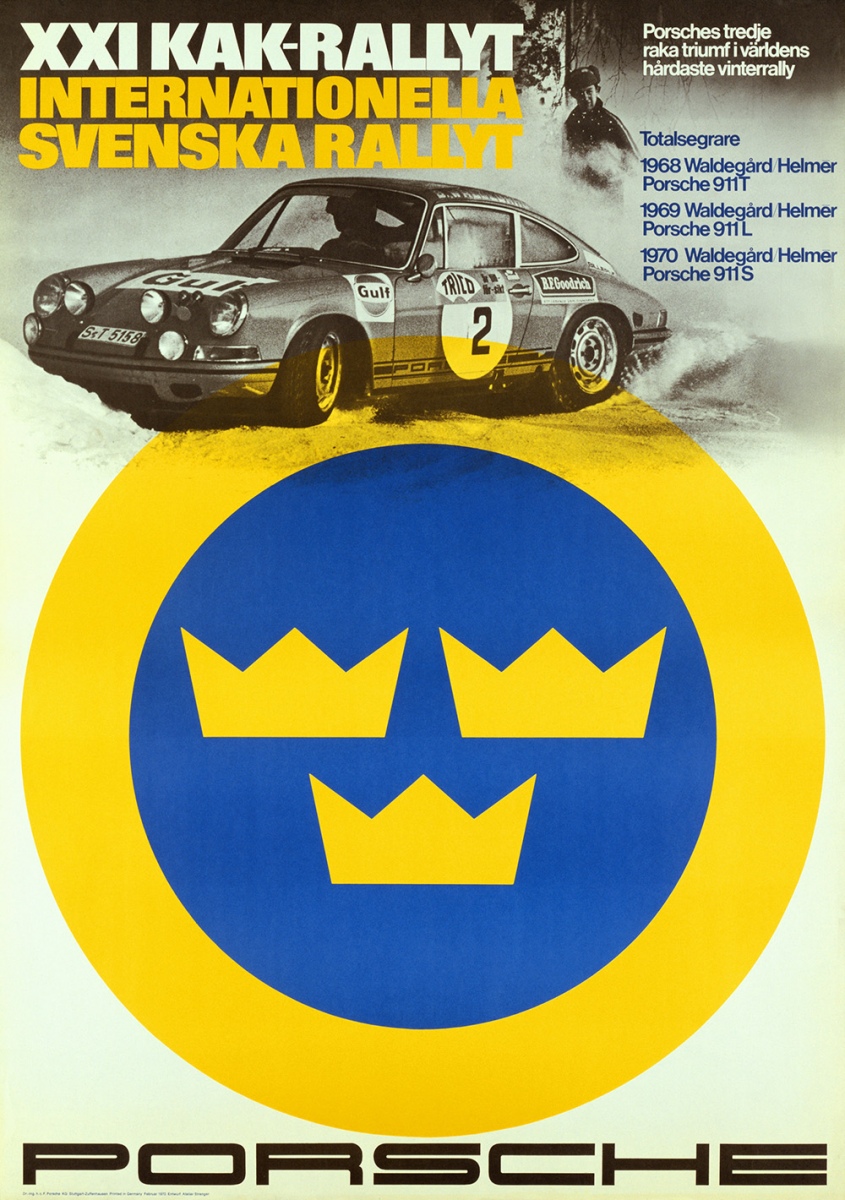